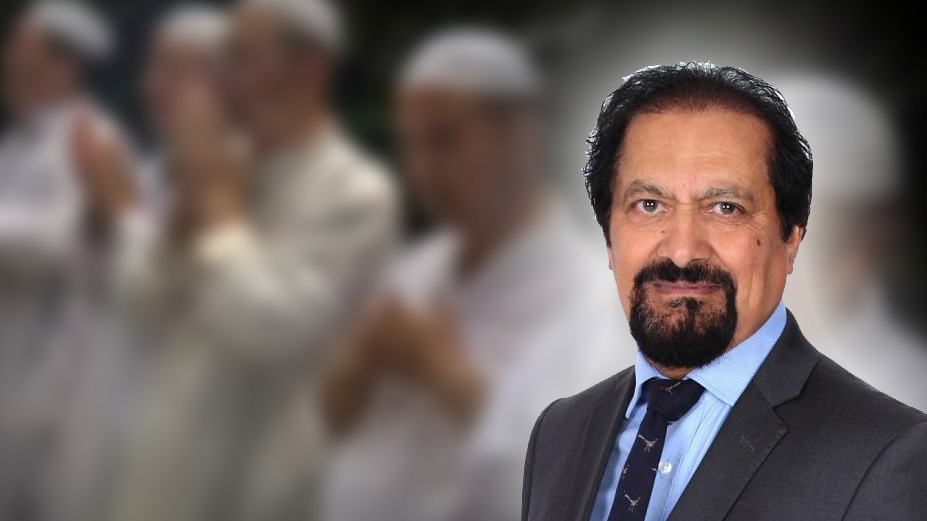 A debate has been ongoing for some years in political and interfaith circles concerning the crucial question of ‘openness’ within the Muslim community in Britain. A large section of the Muslim clergy and community leaders would like to keep the status quo mainly because they themselves feel threatened of being replaced by fresher younger minds who would like to work towards embracing openness and promoting good inter faith relations for a better understanding of their religion among the wider community.
The older generation tends to be more conservative and some of them have hard-line attitudes to issues such as women taking part in community activities, working with men, university education and entering professions. Added to this appears to be the difficulty that many Imams and other religious leaders have not been part of the British education system or are detached from the British way of day to day life. Sadly, most of the older generation blindly followed these leaders, thus giving rise to tensions at home, disagreements, rebellious attitudes, social problems, crime and a disturbed family life.
The girls suffered the most being threatened with being forced into marriages, taken out of education or worse still being sent back to the country of origin of their parents. So many of them have therefore grown up accepting their fate as being subservient to men and stay at home to look after their husbands and take care of the children.

These false values must now change if the muslim community is to progress and prosper and make a proper contribution to the British society. Muslim community leaders and clergy should not be averse to positive change and as a first step they should open the doors of mosques to the wider community with more ‘open days’.

This will help improve inter faith understanding and will give muslims an opportunity to explain the good values of their religion and culture such as kindness, charity and compassion. There is also the need for community centres to run alongside mosques providing the muslim youth with not just religious instruction but participation in sports, charitable, cultural and social activities.
The estimated number of mosques in Britain exceeds 2,000, yet only a handful have shown and actually demonstrated willingness to open up to wider community. The ‘open day’ policy of mixing with local community offering tea, coffee and an insight into Islam, can help bridge misunderstandings and send a positive message of good community values and willingness to participate in wider community welfare projects.

Muslims represent about 5% of the UK’s population (3 million). In 2016, 90 mosques across the UK including those in London, the Midlands, Yorkshire, Glasgow, Cardiff and Belfast opened their doors for the first time welcoming visitors from within the local community. This was necessary at the time when a hate campaign against muslims by extremists and right wing white supremists was gaining some strength supported by some sections of the right-wing media. There have been numerous acid attacks on muslims and incidents of violence, murder and criminal damage to mosque property in the recent past. The essential role of local British mosques can be summarised below:
•Organising prayer congregations, providing marriage ceremony and funeral facilities.
• Propagating Islamic faith according to the teachings of their own school of thought.
• Encouraging worshipers to come to their local mosque and collecting donations for the mosque.
• Organising religious instruction for children and talks by visiting religious scholars mainly from abroad.

There is virtually no instruction about local laws, the need for good education, health and safety, imparting knowledge about the need for taking part in wider community activities including sporting and charity events. Furthermore, what happens within a local mosque is completely male dominated with no input or participation from women although they parent children who attend the mosque for prayers and/or religious instruction.

It is so unfortunate that most women have resigned to accepting their fate or are unwilling to come forward and demand change. These negative attitudes are harming the development of muslim children and that is also a reason for them lagging behind in national education tables. What they learn at school is sometimes contradicted when they attend their mosque rather than supported for example, the need for good education, recreation and sport and community cohesion.
This hinders their development and causes confusion in the minds of the children. It is lamentable that the Muslim clergy has utterly failed to interact with the wider community to present their faith values such as helping others, charity and compassion and seem to be engaged in a cosmetic exercise propagating their faith without linking it with British system of education, values and way of life. It is no wonder that a certain section of the British media continues to paint a negative picture of Islam even going as far assuggesting that the Muslim community hasn’t done enough to be part of the British multi-cultural, multi-faith, tolerant society with respect for democracy and human rights. It has even been suggested by sections of the right-wing media that hard-line attitudes in youngsters and even terrorist incidents may be linked to some mosques and the Muslim clergy. It has to be acknowledged however, that despite these problems there are some very responsible Muslim scholars and leaders who continue to promote their faith in the right spirit by encouraging and participating in inter-faith dialogue and promoting better understanding amongst followers of different faiths.

Those who work hard in consciously making an effort to be inclusive need to be supported. Anti-Islam hate crime tripled in London after the Paris attacks of November 2015 in the weeks that followed the attacks, as did the annual muslim hate crime figures. Many women became obvious targets because of their faces being partially or fully covered or wearing a headscarf. Extra police officers had to be brought in for patrols and investigating hate crime.

There have been deaths on the streets of London and other parts of the UK and numerous violent and acid attacks have also taken place. In a modern democracy non-participation effectively means isolation, lack of progress, falling behind in education and employment opportunities which undoubtedly gives rise to even more crime, social and family problems.

The need to promote one’s faith is a fundamental human right and an essential part of British way of life, but it is also equally important to be a good citizen and a contributor to the welfare of the wider community. Connecting with the wider community through mosques and community centres is essential for the development of muslim children whose welfare must be guarded. An excellent example of raising awareness about protecting our environment is the admirable project underway in Cambridge of building Europe’s first ever ‘eco-mosque’ which is opening its doors to the public.

The £15 million mosque project is set to be unveiled in November this year. It is going to be equipped with a soundproof play area for mothers and kids and a natural therapies treatment room will also be built just for women. There will be a water recycling facility and a solar powered generator will be installed on the mosque’s roof. A statement from the Cambridge Mosque echoed the correct community message: ‘the Cambridge Mosque will be dedicated to the spiritual and social welfare of the city’s estimated 6,000 muslims.’ Finally, if the British political system enables and safeguards individual freedoms including freedom of practise of religion, it is only right and about time that muslim leadership come to terms with ground realities in the interest of present and future muslim generations to take an active part in promoting education, sport and recreation and indeed participation of women in community activities. They must embrace openness and reach out to the wider community to raise awareness about the good universal human values of peace, kindness, charity and compassion which are also the values of their faith.

(The writer is a solicitor of the senior courts of England and Wales and a human rights activist Email contact: sdk184@gmail.com)