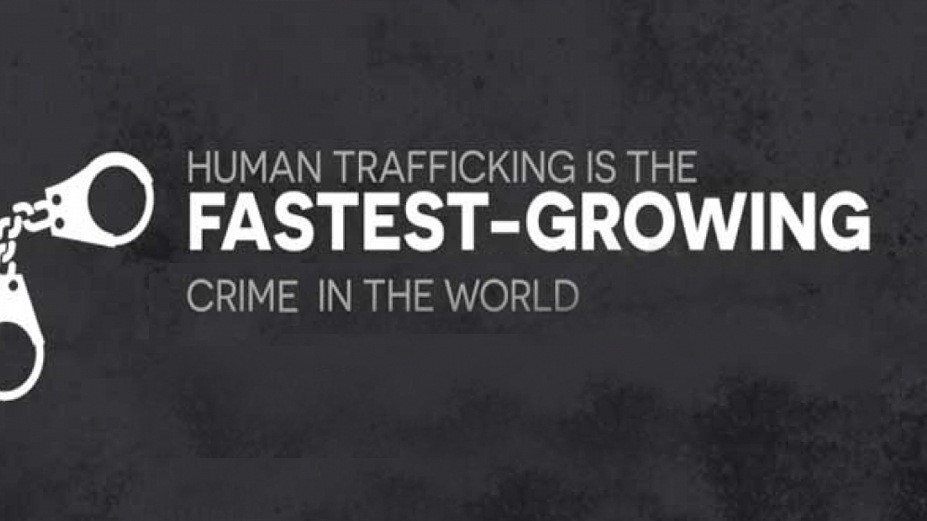 • 27 million worldwide are enslaved in labour or sexual servitude

• Modern Slavery Act 2015 must be robustly implemented to protect victims

In our daily lives we do not take much notice of invisible exploitation and abuse because it does not affect us directly. Modern day slavery is very real and exists in many forms in different parts of the world. In the Indian sun-continent, families and children are caught up in the menace of bonded labour in brick kilns, handmade carpets, agriculture and domestic workers being some of the examples whereas young girls are trafficked into Western European capitals on the promise of work and a good life only to find themselves trapped in sex trade once they arrive in the country. They are controlled by a mafia and hidden away from the public eye.

Men who control them take away their travel documents once they are smuggled into the country and restrict their movements. They are then abused sexually and even raped. All this happens with the help of gangs who keep a very close watch and the girls fear for their safety. They are threatened with deportation and blackmailed. Their families in their home countries also face threats and therefore this horrible crime continues often without coming to the attention of the law enforcing authorities. Human trafficking has now reached global epidemic proportions and it is the fastest growing illegal (criminal) industry in the world second only to drug trafficking. An estimated 27 million people including many under aged girls are enslaved worldwide in labour or sexual servitude. It has become a huge problem for countries affected by it and globally.

In the UK an estimated 5,000 young girls were trafficked last year and in the US over 15,000 are trafficked each year. Often girls aged between 12 and 15 years fall victims to such exploitation. Their earning from providing sexual services end up in the hands of their masters and much of this money gets diverted into drugs, weapons and violent crime and many of the crime gangs are linked to human traffickers. So, what should be done to help victims of sexual slavery? As a starting point it should be the duty of local authorities and the local police to work closely with each other to identify local spots where such activities could be taking place. It is unfortunate that there is hardly any literature available to raise awareness among the local population to watch out for any such activity and report it to their local council or the police.

If we want to tackle this menace the public should first be made aware of the social problems and crime that such activities generate and secondly it is desirable to raise public awareness about how young girls can and do get trapped into sexual slavery. These young people need to be protected and steps should be taken to free them of such exploitation and local councils should provide necessary counselling and rehabilitation of the victims. Unfortunately, the public perception is that some illegal people are engaged in prostitution and they should be caught, punished and deported. That is a very small part of the story. It is not so simple, in fact most of the young girls caught up in sexual slavery are themselves victims of blackmail, beatings and rape by their keepers.

There is often a rough approach by the law enforcing authorities rather than getting to the root of the problem. It is much easier to detain, deport and forget the problem but in order to solve it and stop crime and social problems within the local community, there is the need to understand the mechanics of exploitation of sex service providers caught up in human trafficking. This must be distinguished from prostitution which has existed for centuries and is regulated through legislation. Practical steps could include be robust border monitoring, stricter implementation of laws against modern slavery and harder punishments to be handed out to traffickers.

It is also important for government departments to compile statistics and publish it using print and electronic media to raise awareness, make recommendations to check human trafficking and also to protect children damaged psychologically by offering them counselling, schooling, work and rehabilitation. Many freed victims of human trafficking, although saved yet do not speak English well, which leaves them isolated from the local community and open to exploitation in other forms such as cheap labour. Also, crime gangs and traffickers hang out looking to recruit them for illegal work such as pushing drugs or stealing. Added to all this is the problem the victims face from the authorities who will often treat them as criminals rather than a victim of serious crime, for example the immigration service will detain them, and they are removed without due legal process in many cases. That is why even though they survive exploitation, their life continues to be worthless because of social isolation and lack of immigration status.

Many western governments including the UK are happy to spend huge amounts of money on the pretext of maintaining national security, counter terrorism, manufacturing and selling sophisticated weaponry but are insensitive to this serious crime which affects the most deprived, the weakest and most vulnerable often from the poorest countries. There is not enough funding that would be needed to rebuild the lives of these unfortunate victims of exploitation. So many of them are therefore compelled to seek refuge and help for their basic needs from voluntary organisations, shelters, hostels and in churches, who are themselves starved of much needed funding from the government to help rehabilitate the victims. As a result, victims also suffer from severe psychological problems, lack of confidence, loss of self-esteem and depression.

The Modern Slavery Act 2015 came into existence as a result of hard campaigning by human rights and anti-slavery campaigners, but its implementation remains very unsatisfactory, for example there are not enough arrests and prosecutions and catching the culprits is difficult because of lack of funding and human resources being allocated to tackle this menace. Punishments can range from 12 months to life imprisonment and confiscation of assets, but one hardly comes across any publicity of such prosecutions or punishments. It is hoped and indeed desirable that European governments including the UK take robust steps to implement the legislation, so that the culprits do not go undetected and unpunished and the victims are protected.

(The writer is a solicitor of the senior courts of England and Wales and a human rights activist. Email contact: sdk184@gmail.com)